Near where that barn burned, where all those people died, Part 1

I mostly refused to talk myself out of going out of pure, bull-headed stubbornness.

Anyone who knows me moderately well, and a few who don't, are not at all surprised by this statement.

There aren't a lot of things that draw me back to Bethel, Ohio. Other than living there again very briefly in the late 1990's I haven't lived there since I left for college at age 18.  Nostalgia isn't something that creeps in about my old hometown. My childhood wasn't a bad one. My parents loved me. I had a few close friends. I wasn't a wildly popular kid. Quiet. Not a jock. Not an academic star. I excelled at band, but I stayed well below the radar of the guidance counselor, the principal, the majority of girls my age, and any non-familial adult who wanted shape and facilitate my future.

It would be easy to say I feel antagonistic towards my old hometown. But the truth is, I don't. However, it would also be disingenuous to say I have some lingering nostalgia, or some desire to go back.

That's not to say I wasn't nervous. I was. I wasn't worried about former classmates I might see or might not see. I was worried about running into an older self.

This happens from time to time when you embrace change and live your life based on the idea that once you brush a coat of shellac on your life, it's done. I've seen this time and time again. People find the place in their life where they feel the most powerful, the most beautiful, the most THEMSELVES, and they stop. They stop growing. They stop changing. They stop learning. They stop adapting.

When you embrace stagnation as a point of pride, you are in terrible trouble. And so is everyone around you.

I've tried not to stagnate. I've embraced change. When you're a writer, you don't really have a choice. Sharks swim or die. Art adapts or dies. It's as simple as that.

But it's hard to face who you used to be -- or who you perceived yourself to be.

18 year-old me was broken. Broken by a youth spent hiding behind rampant insecurity and social awkwardness. I learned how to hide because hiding was easier. 18 year-old me was devastated by my father's death. It shook my whole world. Before my dad died, it never occurred to me that I would live anywhere else but near where I grew up. After he died, I didn't feel like I could ever live there again. The short time that I did live there again -- renting a bed in someone's laundry room for $80 a month -- reconfirmed it.

That was the first time I ever ran into an older version of myself. Aside from a couple of close friends, people who knew me in high school could not reconcile who I was with who I had become. Still broken -- this time from a blood-letting divorce from my daughter's mother. I dropped out of college and retreated to a laundry room on a back street in a town I knew I didn't belong in anymore.


If you like what you're reading here, check out my work for sale on Amazon: www.amazon.com/author/mickparsons You can also throw a little in the tip jar:
Posted by DirtySacred at 9:00 AM
Email ThisBlogThis!Share to TwitterShare to FacebookShare to Pinterest
Labels: Bethel Ohio, class reunion, geography, going home, Harmony Vineyards, home, homecoming, near where that barn burned where all those people died, Part 1, rural, small town
Location: Louisville, KY, USA

Language front: from which all wars really begin.

The relations between rhetoric and ethics are disturbing: the ease with which language can be twisted is worrisome, and the fact that our minds accept these perverse games so docilely is no less cause for concern. ~ Octavio Paz

To handle a language skillfully is to practice a kind of evocative sorcery. ~ Charles Baudelaire

Less is always more. The best language is silence. We live in a time of a terrible inflation of words, and it is worse than the inflation of money. ~ Eduardo Galeano 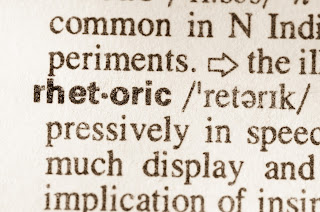 In spite of the historical precedence dictating the fighting a war on multiple fronts almost always leads to disaster, nearly every war we are in is fought this way.

The culture war is no different. The New Wave Fascists have been at it for longer than most of the centrist Left realizes... and only now,  when it looks like the Nazis popped out of the closet all of a sudden to attack anything they consider liberal -- whether it's funding for the arts, free speech, higher education, or the previously sacred privacy of the voting booth -- do they decide that maybe, just maybe, something ought to be done.

Back when there were rumblings of a budget proposed by then newly elected Kentucky Governor Matt Bevin that would de-fund the Kentucky Arts Council, I reached out to artists groups online, asking if it wasn't the time to begin organizing a response.

I was called a reactionary and told that the then Democratically controlled legislature would protect the arts. Then the mid-term election came and the Republican Party, with it's New Wave rejuvenation, took the legislature away from the Kentucky Democratic Party. Then, the people who previously called me reactionary, who said there was nothing to worry about, were suddenly faced with the realization that MAYBE, JUST MAYBE, THEY OUGHT TO PAY ATTENTION.

By then, national politics were on everyone's minds, and the thought of a Tin Pot Fascist in Frankfort and a Fascist Godhead in the White House was just too much. And we saw how that worked out.

But the truth is that Bevin didn't win because of a sudden surge of conservatism in Kentucky. Except for Louisville, Lexington, and Frankfort -- and, thanks to Kim Davis, my heart's home Rowan County -- Kentucky is largely a conservative state. It has been for years.  The reason Bevin won, other than the KDP's decision to run a cardboard cut out for Governor, is because he embraced a language and a rhetoric that was already in place. That language and that rhetoric was established by early right wing culture war veterans like Pat Buchanan, Richard Nixon, Dick Armey, Ronald Reagan, Newt Gingrich, Mitch McConnell, and Rush Limbaugh... language that later picked up and funded by the Koch Brothers, spread by the likes of Bill O'Reilly Michael Savage, Glenn Beck, Alex Jones, Richard Spenser, and others.

The same is true of Trump's election win. I have written before that Trump did not create the New Wave Fascism that carried him into the White House. I'm not sure that Trump is particularly ideological -- as opposed to Bevin and Vice President Mike Pence, both of whom walk the social conservative culture war that they talk. Trump has been successful not because he's an innovator, but because he's had a good nose for where the trends are. He saw his chance and took it, and in the process took the GOP, the electorate, and the entire country for a ride.

Neither Bevin nor Trump invented the language of nationalism. Neither one of them invented the rhetoric used by creationists, anti-choice activists, or those opposed to marriage equality, LGBTQIA rights, racists, and other bullies.  To suggest they somehow crafted their messages in some For White Men Only vacuum gives them entirely too much credit and ignores history. It also lets everyone else who insisted that these folks were too marginal to ever impact the larger culture off the hook.

The ugly has always been there. And now we have to face it on every front before it consumes everything.

Part of this means that those of us who are word workers -- writers -- have to start taking the language back. We cannot speak of democracy, equality, peace, and love if we do not have the words.