Every day is a title fight, Part 2: down in round two

A man on a thousand mile walk has to forget his goal and say to himself every morning, 'Today I'm going to cover twenty-five miles and then rest up and sleep. ~ Leo Tolstoy, War and Peace 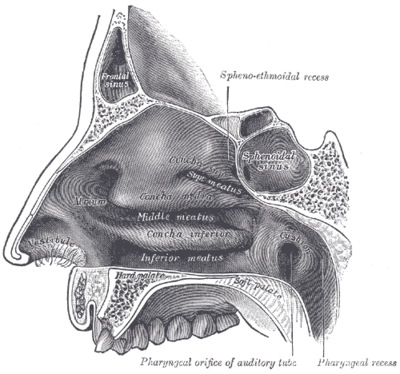 Seven days before Christmas I was knocked on my ass by some version or another of the annual winter crud. And I'm sure I've written about it before... and I'm I sure I will write about it again.... but I don't do sick well. I'm a lousy patient. All I want to do is wallow and wait for the sickness to pass and that's pretty much what I end up doing.

What happens then, though, is the part of me that can't bare to sit around -- call it my shark brain -- realizes that all I'm doing is sitting around and proceeds to annoy the shit out of me with all the stuff I could be doing, all the stuff I should be doing, and all the stuff I probably would want to do if I wasn't stuck with a low grade fever, uncontrollable chills, and a nasal cavity leaking like a Louisville water main break.

Someone reminded me today that I almost always get sick this time of year. Back when I was teaching, and I managed to get sick between semesters, I considered it good luck -- even though it usually meant I was sick over the holidays. At least I wasn't sick while class was session.  Now here I am, it's three days before Christmas, and I'm once again trying to convince my body that I am not on an academic schedule anymore.

I know what you're thinking. You're thinking that being on an academic schedule or not has nothing to do with whether or not I get sick. It's the seasonal change, or the fact that I still need to get a flu shot. It's the fact that everyone and their brother seems to be falling ill to some variation of the same crud and that this time last year, it was some other variety of some other super crud that was going around that no medical means could cure or alleviate.

That's not the way it really works, though. The human body has a sense memory, like animals have
instinct. We use it everyday, for things as simple as making a cup of coffee to driving a car.  Our bodies learn things and remember them for us.

And my body learned a long time ago that it was ok to get sick at Christmas. Whatever else is going

on, maintain until mid-December. After that, it's perfectly fine to fall into a snot-dripping, fever chilled mess in the den binge watching old episodes of Monk on Amazon Prime.

Luckily, because I'm used to being sick the week before Christmas, I attacked it with an aggressive treatment of vitamins, cold and flu medicine, and a lot of frustrating laying about.  You'd think that level of commitment would help my body relearn NOT TO GET SICK near a major holiday.

Because in addition to an annoying susceptibility to various ol'factory and respiratory, I am also perennially at war with my own feet.

Which is why, when my right heel decided to balloon up for no reason at all and make it impossible for me to walk without brain splitting pain, I didn't panic. It's usually my left foot that gives me that kind of problem. I mean, I've become accustomed to nearly perpetual low level pain when I walk, which is made tolerable by inserts and accepting that it's not worth the savings for me to buy cheaply made shoes.

I didn't panic. But I did recall that around this time last year, when I was working in catering, my right foot decided to take me out for about a week during the busy season.

Sense memory can be a bitch.

And, Dear Readers, let me tell you... it can also hurt.


Please check out my work available for purchase in the store (see the tab) or for sale on Amazon.
You can also throw a little in the tip jar:
Posted by DirtySacred at 5:12 PM
Email ThisBlogThis!Share to TwitterShare to FacebookShare to Pinterest
Labels: booze, Christmas, District 21, down in round two, Every day is a title fight, habits, holidays, Metro Council, Nicole George, Part 2, shark brain, sick, Star Wars, Vicki Aubry Welch, Vitalis Lanshima
Location: Louisville, KY, USA

Every day is a title fight, Part 1: the applicants

Politics is the attempt to achieve power and prestige without merit. ~P. J. O'Rourke 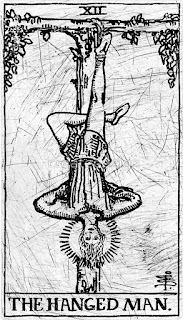 The day of the interview, we sat in the 3rd floor conference room at city hall along with the other distinguished candidates.   Everyone -- well, mostly everyone -- was friendly and polite. Chase Gardner had his game face on, and John Witt ... a notorious Beechmont crank -- sat in the corner as if he was worried about something rubbing off on him. But the presumed front runner, Nicole George, brought a box of chocolates, which showed not only a certain amount of class but also that potential political appointees and recovering addicts have something in common; namely, both groups rely on chocolate as a way to curtail the cravings. And apparently chocolate works both for booze and for blood cravings.
I mean, who could have guessed? It does give a kind heart hope.
The pleasantries dissipated quickly after initial greetings and meetings the hopefuls broke off into their subsets: the political movers, the local activists, one crank, one cop's wife, and the rash outsiders. George and former horseman Bret Schultz, the lone Republican, commiserated over the ineffective advocacy of $500 per plate political fundraisers. The activists banded together to talk about everything but politics and the unspoken competition for a metro council appointment that might, if levied correctly, help any number of causes. Witt sat in the corner and spoke very little, except on points of procedure. At one point the topic of South End economic development came up and Witt said only that he was opposed to more traffic and liked being able to get to the grocery store without dealing much with it.
The rash outsiders -- Amanda , me, and Nikki Boyd  sat over at the end of the table, having very little to say about $500 plate dinners or the various and noble projects and organizations we should be involved with that the three don't know about because we're ensconced in our own projects and organizations. 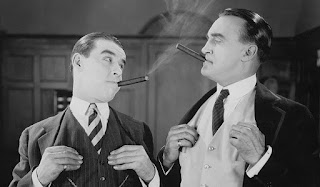 I knew I didn't have a shot. Not really. The odds were so far out there that only a gambling addict would put a borrowed quarter on me. Amanda didn't think much of her chances either, though I thought that between the two of us, she would have the better chance for a whole host of reasons. Nikki Boyd just seemed genuinely happy to be there and was, from what I could tell, a very nice person who also questioned her chances simply because of the number of politicos in the room.

Then the interviews started. We were sequestered until our turns so no one would know the questions asked by the metro council members who came out to see potential appointees kick at the clouds as they hanged.
I was nervous when it was my turn. I don't get nervous speaking in front of politicians. I've spoken before Metro Council twice before as a concerned citizen, most recently in response to the city's treatment of the homeless population. But I wanted to put a more conciliatory foot forward. After all, I wasn't there to try and admonish or cajole them. In spite of the long odds, I felt like there was a real opportunity to be in a position to help not only the neighborhood I live in, but the homeless population I serve.

Of course, this would be no Mr. Smith Goes to Washington. But what really is, after all? Life isn't a Frank Capra movie.

When it was my turn, I introduced myself and answered a couple of thoughtful and useful questions. I was nervous, but I was doing ok.

And then spake the Wicked Witch of District 13, Vicki Aubry Welch, who had already come out for the presumed, chocolate-toting front runner.


Now, did she attack my lack of political experience, my past and current activism, or some perceived questionable moral fiber?

Instead, she decided to focus on the fact that both my wife and I were applying for the same political appointment.


I'm still not quite sure why she would find it difficult to understand that each person in a married couple might be interested in applying for the same political appointment. I can only assume that such thing would never happen in her marriage -- which would make me feel sorry for her if it wasn't clear from the rest of the video that she found some way to go after almost every other applicant ... except her pick.

Please check out my work for sale in the store and on Amazon.
You can also throw a little in the tip jar:
Posted by DirtySacred at 3:47 PM
Email ThisBlogThis!Share to TwitterShare to FacebookShare to Pinterest
Labels: Amanda L. Hay, Dan Johnson, District 21, Every day is a title fight, Louisville, Metro Council, Mick Parsons, Nicole George, Part 1, politics, The applicants, Vicki Aubry Welch, Vitalis Lanshima
Location: Louisville, KY, USA

Speech to City Council about its treatment of the homeless population: ...